Wednesday morning we headed over to SeaWorld.   We are big animal lovers and it's an easy park to navigate around.    There are mainly shows to schedule, a couple of rides to get on to, and then other standard exhibitions to have a look around. 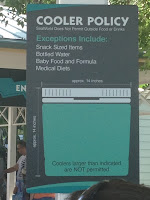 Our first problem however was getting in through the door.  Having brought our normal packed lunch, this was the first place we were stopped and couldn't bring in sandwiches.  The snacks around it were OK, but not the sandwiches, so we sat and ate them at the entrance (I know don't say it)!

I have to say that this was however, one of my favourite days out so far.  The shows were spectacular (understatement) and Manta, one of the big rides was fantastic!   Am convinced it's a carbon copy of Air at Alton Towers, think slow and enjoyable flying rather than jerky coaster types!

Shamu the killer whale is one of the big shows, and it was amazing!!!  As was the Dolphin Theatre show, just fantastic (see pics).   Pets ahoy also blew us away, particularly when we learned that all the animals were rescues :)  The Sea Lion and Otter show was very funny, but as much so for the mime warm up act before hand, who basically took the mickey out of anyone coming through looking for a seat - we were dying with laughter and everybody took it in good humour 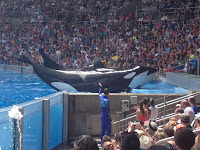 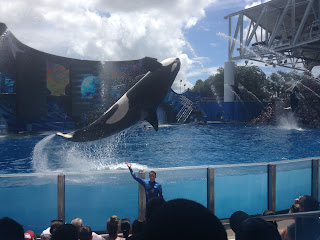 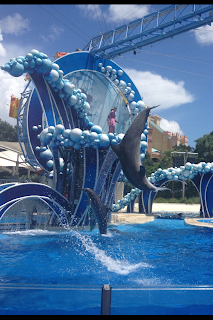 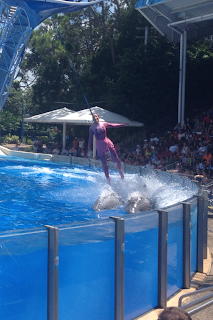 We didn't manage the Sky Tower due to "inclement weather" but not that bothered, but we did use the helicopter simulator ride which was great, fed some sharks, and saw some other marine animals in the walk through. 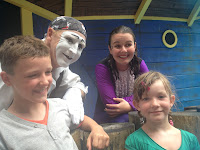 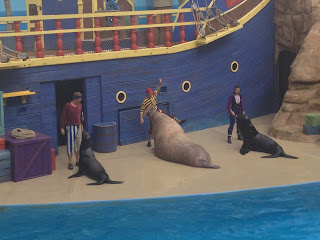 We went back another morning to ride Kraken and let Jasper try Manta, which he was unsure of before, and of course he loved it. 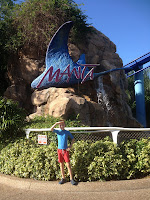 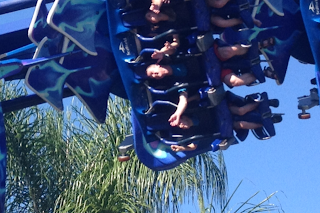 We also went on the Sky Tower.  I was worried as I don't really like the London Eye type things, but it just went up and down, fairly slowly, giving you beautiful views of the whole area. After that we took the bus over to Aquatica for the afternoon.

Fantastic days out, very chilled but thrilling at the same time.