Thursday we headed over to Disney's Animal Kingdom.  We went straight over to Everest to get fast passes for this epic coaster, then back to do the truck safari.

On route we got the kids up and ready for being Wilderness Explorers (foc), where they go around collecting badges, in exchange for learning about various animals, and countries etc.   Scarlett particularly got into it, and I loved that the Wilderness Explorers themselves were actually in the same uniform as Russell from UP :)

Everest and the Safari (obviously) are in Asia and Africa within the parks, and having travelled to both continents I can say they have got the scenery and surrounds breath-takingly bang on!

The Safari was amazing, and having been to the Serengeti, I can tell you they got that so right too, and much to my amazement we did see lion and cheetah, elephant, rhino, hippos etc.  Really well done, huuuuge enclosures and bumpy roads, just like the real Africa.  (Well not enclosures in Africa but you get my drift)! 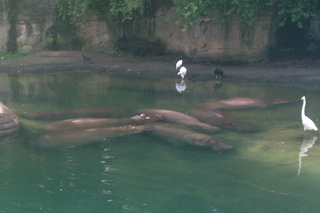 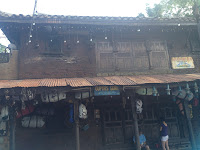 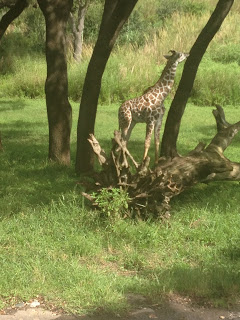 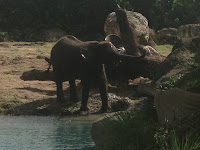 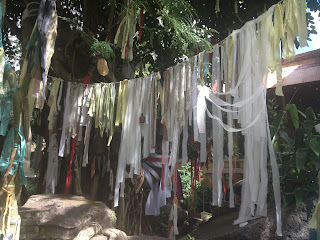 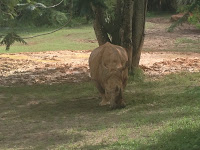 Everest Coaster itself was pretty hardcore, having said that my 5yo rode it twice and my 9yo wouldn't!  I went on first with Scarlett and having whizzed around and then stopped at a precarious point, midway, she said "mummy I'm scared", I could only respond with "me too".  Not going to win mum of the year (yet again), but as I said she went straight on again with her father :)

Whilst in Asia we also rode the Kali River Rapids, and got absolutely soaked, but in the heat over here you are dry again within the hour and it is actually quite refreshing.

In Dinoland we saw a magical musical version of Nemo, just fantastic acting and visuals, and in Discovery Island we saw a film of "It's Tough to be a Bug".  Over here what they call 3D we would call 4D, as it is much more than just the visual, expect special effects all around you!   We also saw Festival of the Lion King with sing alongs, acrobatics and audience participation.

As well as meeting Jamaican Kennedy, who lived in Peckham and supported QPR, a top day out!  Oh, and how can I forget, the kids met the *actual* Mickey and Minnie* yayyyy!
Annie x
Posted by JustAnnieQPR at 02:35