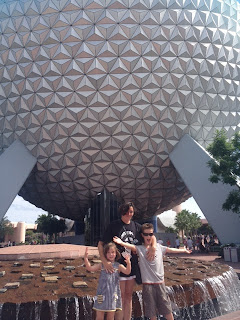 Who knew that EPCOT was an acronym for Experimental Prototype Community of Tomorrow.   In my head it was another space centre adventure but oh my, what a great day out and where to start......... 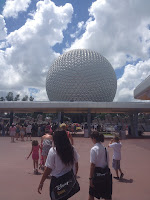 We came on the Tuesday after we arrived.  Having been a full on first few days we decided to have a lazy morning and get there at 12.30pm.   We headed straight to Sourin for the fastpass, but they had already run out for the day!!!   So we will have to go back, that and the Test Track were recommended as the best rides there, and again we couldn't get on to it.  So big note to self, get there early next time and get those two rides fast passed and done.  (See bottom of this blog that has now been updated)!

Having said that, we still had a fabulous time.   We more or less walked straight onto Mission Space a flight simulated space launch.  In flights of 4 you are assigned different roles to take part during the flight.  You can try the Green Team for a milder mission, or the Orange Team for a more hardcore version.   We did Green then Orange, and without spoiling it the G-Force in the Orange launch was unbelievable!   We are definitely going to do it again when we go back. 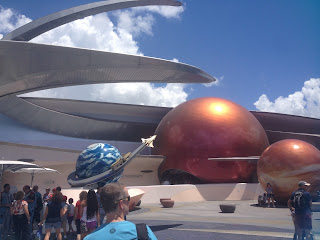 After that we had a stroll around the world in World Showcase.  There are lots of different restaurants here, and also some rides or videos to watch, showcasing each country.
Mexico  - restaurant looked fab, and some good merchandise.  You can also take a tame boat ride discovering the sites of Mexico (Disney style) *winks*
Norway - a pretty hardcore ride hear showcasing the Vikings, Jasper didn't enjoy it, but he'd been learning about the Vikings at school which is what had frightened him most!
China - a very interesting 14 minute film about China (Disney Style ;) and several restaurants
Germany - not a lot here though the boys did manage to grab a beer, as you do!
Italy, America, Japan, Morocco and France followed, but the kids were getting a bit countried out so we moved swiftly on to good old..
United Kingdom - £1 shop mugs of Keep Calm and Carry On mugs being sold here for $18!!  Still selling Princess Diana pins, and of course a pub - Tudor Style - and a fish and chip shop #standard
We did also manage to find an American Mary Poppins - and could have bought Man Utd or Chelsea shirts, hmmmmm - truthfully though, I get what they are trying to do :) 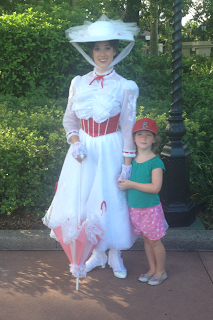 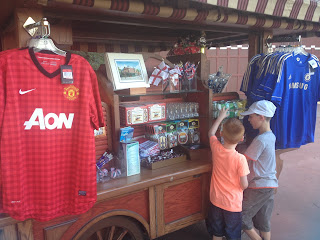 and finally to Canada a fab 14 minute video here showcasing Canada, and I have to say that we played Canada bingo here, with points if the following were shown -
Bear, Beaver, Salmon (extra points for bear with salmon), Skiing and Mounties (you all know my bessie mate @mediocre_mum is Canadian right)?  In all fairness it was very good and I do quite fancy it.  After all, there is a place called Jasper :) 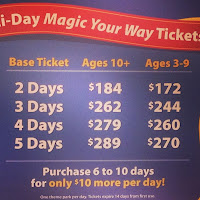 We intended to stay for dinner then the fireworks, but it soon became evident that it was reservation only.  If you intend to do the same I recommend you make the reservation before you go out!!!   The fireworks were at 9pm, they were fab and only 15 mins, but the kids were shattered by this time.

Fantastic place, I highly recommend it!   Ours came part of our multi-ticket, but otherwise prices shown!  (So far the multi ticket prices bought from the UK are a winner, as we were told they would be)!

Today (second Tuesday) we went back to Epcot for 9am   We headed straight for Soarin grabbed fast passes, but also walked straight on!  It was amazing, absolutely fanstastic simulator showing you what it would be like to fly (soar) over the California skies.  Absolutely breathtaking!   Next we headed over to get fast passes for Test Track.  The time scheduled was for 2.20pm, so in the meantime we took in some more shows.  It was a little bit much some of the shows talking about how they are trying to look after the environment, but as we have witnessed there is very little recycling over here, so a tad annoying.  They recognise that landfill will become a problem, as will running out of energy, but to me they need to do an awful lot more than talking about it (rant over).

Having ridden the hard core Space Mission again, we finally headed over to the Test Track which was just as fab as we heard it was.  You design your own car, which is then put head to head against the others' cars in your car on the test track.  It sounds a bit odd, but it's really good and right up Jasper's street.   Our car managed to beat Chris and Scarlett's car by 2 points #getin!

Definitely a park to enjoy over 2 days, if you are going to get Disney passes, as this is part of Disney.   Although we really enjoyed it, next time we might leave the Disney part out, due to such high prices, and there is so much else to do.  Of course we can say this having already done it.  I'll leave it to you to ponder.
Annie x