Scarlett had her Princess day at the Magic Kingdom, booked from the UK, and today was Jasper's treat, lunch with an Astronaut at NASA - Kennedy Space Centre.   It was a surprise for him and he was very, very excited. 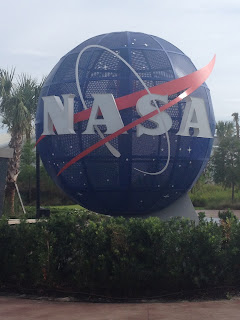 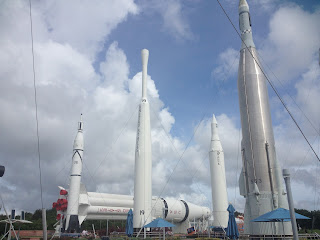 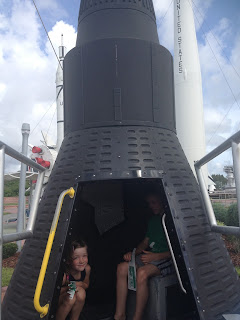 We started in the Rocket Garden, and managed to grab a walking tour around it, with a very knowledgeable guide.   Whilst I was very interested in everything that we saw, it became ever more evident to me that I have no desire to go into space.   Spending weeks in a capsule, side by side with another person, having to do bodily functions in a space suit, erm no thanks.   My claustrophobia alone wouldn't cope with it.  But hats off to the boys and girls who do!

And talking of girls, Jasper hated the sign below that I kept quoting to him!  Ahem, #girlpower 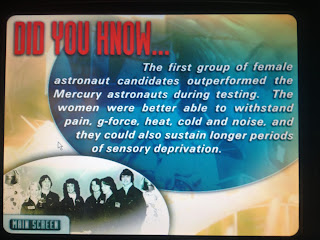 We then headed over to see a film all about The International Space Station.   It was absolutely fascinating what they have done up there.   It was narrated by Tom Cruise, which seemed fitting (no idea why), but we all really enjoyed it. 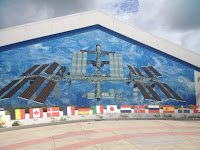 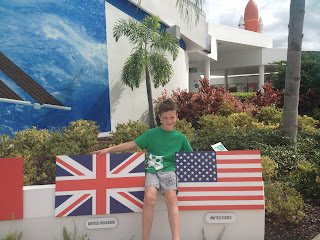 After that, Chris and Jasper went off to have their lunch with John Creighton, their astronaut for the day.   He said it was absolutely brilliant, fantastic food and a fascinating chat.   Of course one kid asked about the ablutions etc.  It involves vacuumed space and stuff.   The liquid stuff gets let out into space, the other stays in there for someone to clear out at a later date.   Anyway......... Whilst the boys were being enlightened about such stuff, Scarlett and I went to the soft play they have.   It is all space ship type climbing stuff and slides, not very big, but big enough to entertain Scarlett for half an hour or so. 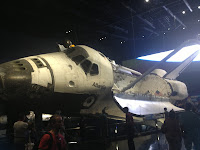 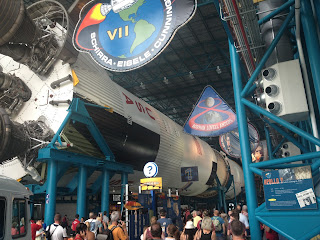 We experienced a space shuttle launch, which made Scarlett laugh watching my face!!!!   And plenty of opportunity to get up close and personal with the shuttles and exhibits showing the Apollo series etc. It really is fascinating, and I didn't think I was going to get as much out of it as I did.

There are busses leaving every 15 minutes to take you around the rest of the place, which is also home to lots of wild birds and animals?  We saw the launch pad, which was very exciting, and you are taken to another exhibition centre with lots more rockets and shuttles to see.   Truly breathtaking!    It wasn't until here that we saw any reference to man landing on the moon, phew!   Even the Fodor book we were using as a guide didn't mention it?   Anyhoo, it was a really good day out.   We got to do everything we wanted to do, but could have done more. 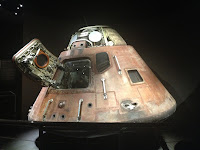 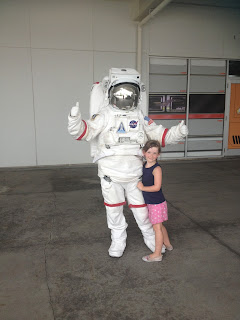 Your ticket also gets you into the U.S. Astronaut Hall of Fame.  It is just a short way further down the road, but we'd run out of time.   Will have to go back another time. 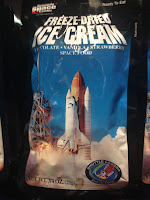 Well worth a day out.   Even just for the NASA fleece, T-Shirts and space ice-cream, as you do!
Annie x
Posted by JustAnnieQPR at 13:27