We survived a family trip to Disneyland :)

Last October half-term (2010) we booked a week in France with the intention of taking the 2 children to Disneyland Paris.  Jasper was 6 and Scarlett was nearing 3, so felt it was a good age for them to go.

I googled and searched for deals online for the Park itself and couldn’t find any real bargains, they have it pretty much buttoned down.  We wanted a 3 day pass, but ended up getting a 4 for 3 pass, which we did in fact use.   When we got there they had a deal whereby you buy a 1 day pass and pay a small fee, and it is then valid for 12 months.   If you knew you were going back within 12 months it would be a bargain indeed!

Getting there took some discussing, the ferry was a lot cheaper, but I don't really do boats, since they have edges (this is from a swimmer and lifeguard), so I convinced Chris to take us on the Eurotunnel - 30 minutes and you're in France, then a very do-able drive down towards Paris.  We stopped en route for lunch, didn't choose wisely, but it was OK!

Then accommodation.  I personally have an aversion to hotels  – and as a Villa owner in Crete   always like to look around for alternative accommodation.  After much deliberation we found this place http://villa.reservations.co.uk/villa_W14423.html

It was just perfect!  The kids loved their bedroom, which was on the ground floor but was not an issue.  It had a beautiful open fireplace and in the evening we would light it and just watch mesmerised by the flickering flames.  It was also set within a Goats Cheese and Cider farm, with a little shop to buy from.  The owners were also happy for us to go and stroke the very friendly goats, which again the kids loved. 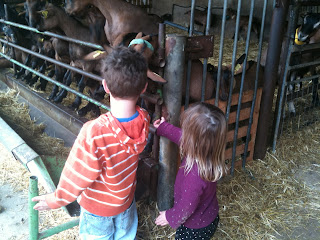 We ate in mostly, but a couple of nights went to a very friendly local restaurant.   Each morning we would prepare a picnic to take with us too, buying baguettes from the local boulangerie as of course is law in France :)

Our first morning to Disneyland was very exciting.  It was exactly 29 minutes away, though we weren’t expecting a Car Park fee – rooky error!  I think it was around €20.  We had a fabulous time and lucked out with the queuing as we obviously weren’t going on the bigger more popular rides – though Chris pined to!   We had a fun-filled day but worked out we only went on around 3 rides as we knew how long a queue time the kids would tolerate, and avoided a fair few!

The second day went to Universal Studios, which was also an absolute blast, until we went on the studio tour, I won’t ruin but there are bangs and fire.  After that we went to the stunt show, which we adored but the kids got frightened by more bangs and fire.  Was all going horribly wrong, though we managed to calm them down. 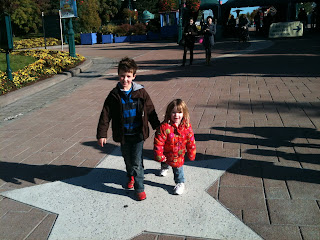 The third day we went to a Big Cat park not too far away, which was newly opened in 2009.  We're not great fans of animals in zoos but the enclosures were huge and the animals were very content.  There was also a petting place there where you could feed the goats, and a good reasonably priced restaurant.  I took some amazing pics of white lions and white tigers etc., but this was my favourite pic in the end!  It was an amazing place and great day out, apart from the little tour we took at the end, we had no idea they were going to show how man was killing the planet, and yep they decided to use petrol and explosions to prove a point doh! 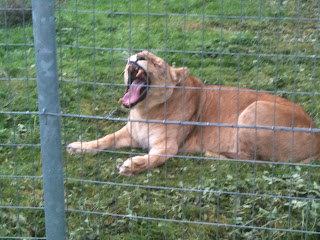 The fourth day we went back to Disneyland and had a good time picking off some more of the rides we hadn’t seen, apart from their nervous twitching about bangs and explosions we had a great time. 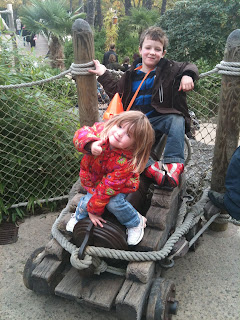 The fifth day we went into Paris by train.  Jasper knew all about the Eiffel Tower and his face was a picture when he spotted it.   We went up as far as the second floor and though I felt a bit queasy the rest of the family had a ball.   We had a very expensive average lunch, as you do, and I had a quick stroll down the Champs Elysees, before heading back. 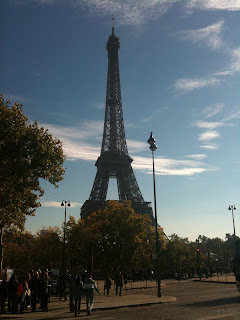 That evening, vin in hand, I was ploughing through the pamphlet working out our plan of attack for our last day, when I spotted the FASTPASS system grrrrrrr,  I thought people had paid for priority boarding to the rides but no!  You go to one of the rides that offers it, normally the busier ones, and you get issued with a FastPass ticket with the time for you to return.  You then turn up and just walk on, whilst being eyed suspiciously by those not in the know!   You can only have 1 at a time, but we cleaned up and zipped around everything we wanted.  If only we'd known on day 1, hey ho!

The latest part of the Park was dedicated to Toy Story and was a huge hit! 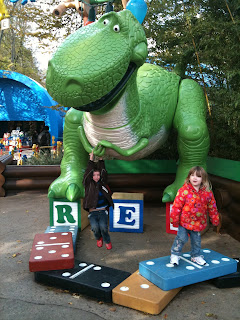 We found out that they also have a system whereby if you have a young child, you and your partner can take turns on the ride withough the 2nd parent having to queue again.  Its called child/baby swap!


Suffice to say we had a lot of fun.   We even bumped into a neighbour there!  I know a lot of people go for 3 day breaks and that is fine, but for us we enjoyed the freedom of coming and going and seeing a bit more of the country too!

We will definitely be going back! 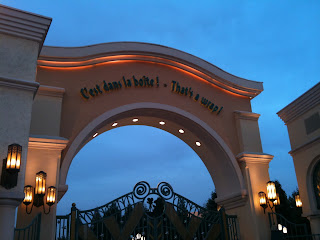 Feel free to ask any questions if I can be of help?

Annie x
Posted by JustAnnieQPR at 11:52